It is very difficult to picture the island of Antigua in the days when sugar was king – or even 60 years ago. In its heyday there were roughly 200 plantations throughout the island, each a complete entity unto itself growing and providing whatever it took to sustain a community. Today approximately 110 sugar windmills give testament to those days, many having been destroyed in the great earthquake of 1843. The invention of steam took over from wind power in the early 1800’s and in 1905 three sugar factories, Gunthorpes, Montpelier and Bendals processed all of the cane on the island. The only towns or settlements prior to emancipation in 1834 were St. John’s, Parham, Bridgetown, Falmouth and Old Road, all sea ports with access to shipping and commerce.Villages did not exist. Small marl roads criss-crossed the land and all available arable land was under the cultivation of sugar cane, cotton and tobacco. It was an orderly scene. Nearly every plantation contained a Great House, manager’s house, the works, a mill, outlying buildings, animal pens and slave quarters. Today, however, we do not talk about man’s inhumanity to man. Instead, where has this all vanished to? Where are these Great Houses, or Estate houses? In Barbados, Jamaica and other islands, the Great Houses were constructed of cut limestone and were able to withstand the ravages of time and many were protected as national treasures. In Antigua, the footings, ground storey and surrounding walls were made of stone, but the second storey and living quarters were generally constructed of wood, very few of brick or stone. The bottom floor with three foot stone walls was used as a storehouse and refuge in time of unrest, Amerindian attacks and hurricanes. The second storey not only provided an overall view of the estate but also caught the cooling trade winds. Over time termites weakened the upper structure enabling hurricanes to complete the devastation. Two hurricanes in 1950 were particularly damaging, and the cost to repair outweighed practicality. Fifteen years ago several structures were abandoned but were still standing in the bush, such as Blackman’s, and today only the stone ruins remain. Another major contributing factor to this sad situation was the forming of the Syndicate Estates which caused owners of private estates to sell out in hard times. When the Antiguan cane cutters refused to work, cutters were brought in from St. Lucia and housed in some of the vacant estate houses such as Duers. At Duers, a coal pot fire burned the kitchen area down and there no care was given to the structure being used as a dormitory contributing to its demise.
Other estate houses were sold privately such as Parham Hill, Cedar Hill, Upper and Lower, Jolly Hill, Mercer’s Creek, Weatherills, Crosbies, Langfords, Elliots, Body Ponds, Belvedere and Collins. It is thanks to these privately renovated and maintained homes that a handful of the original estate houses exist today. None of these homes are open to the public unlike the Great Houses in Barbados and Jamaica and none are declared national treasures. The Museum of Antigua & Barbuda is very interested in documenting any photographs of estate houses that may still exist in private albums. Should anyone have any records or photographs, please allow the Museum to scan the documents for its archives, after which they will be returned. Over 350 years of history literally blowing in the wind with only the name of an area to remember the estate. 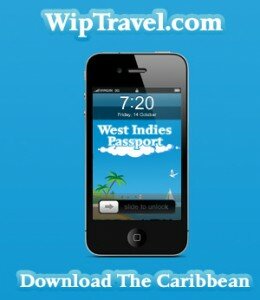